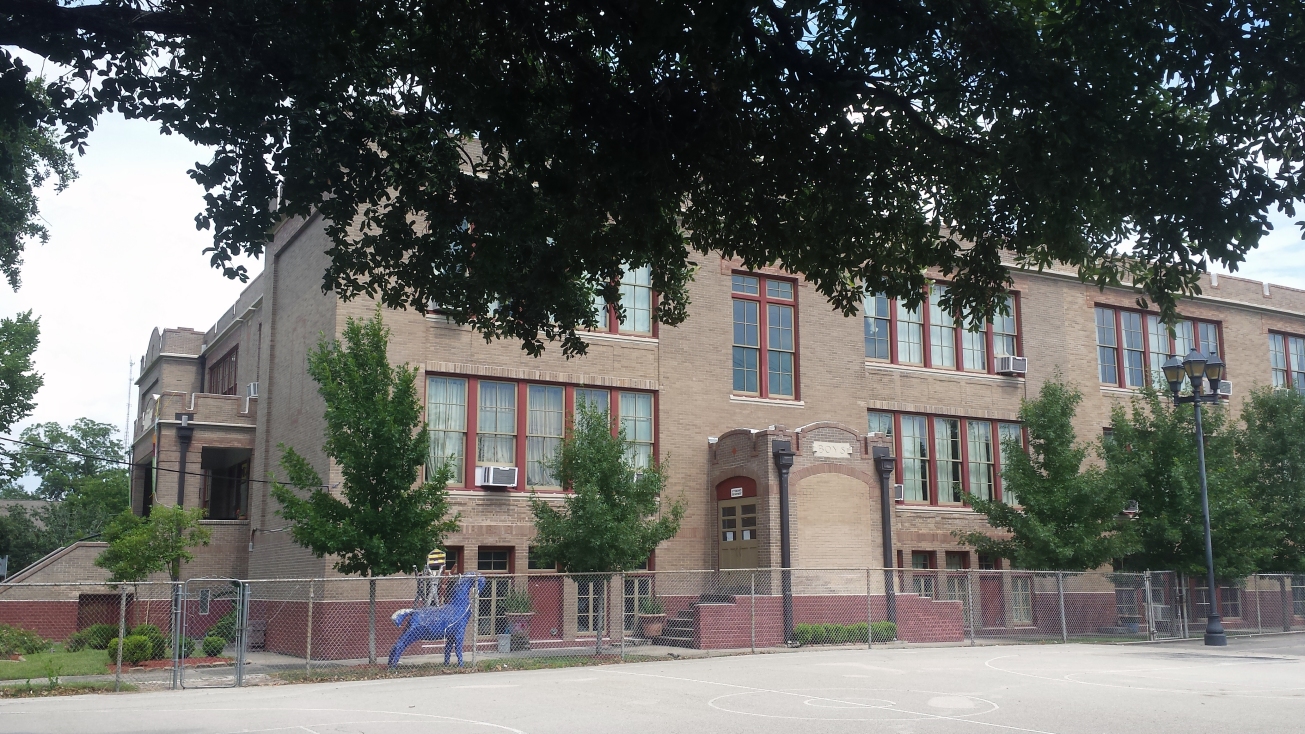 Dow Elementary was first started in 1887, but this building was built in 1912 as a 16 room structure, and was enlarged in 1928. For the first part of its history, it served the entire Sixth Ward neighborhood. Later, it became one of 10 schools in Houston that was not officially segregated, but was a “designated” school for Hispanic children. The schools were on average 85 percent Hispanic, and Spanish-speaking children were separated into different classes from white children. Because of the small number of schools with these separate classes, Dow served families well beyond the Sixth Ward as Mexican families from other neighborhoods were “encouraged” to send their kids there. The travel was definitely a hassle for many Mexican families, especially since the Sixth Ward was not home to much of the Mexican population. In 1920, there were 6000 Mexicans living in Houston, and only 500 of them were in the Sixth Ward. The unofficial segregation of Hispanic school children stopped in Houston schools as the city quietly and slowly desegregated in the 1960s. The “boys” sign above the door speaks to another separation of the time – boys and girls had separate entrances, playgrounds, and classes. This practice was popular in schools until the 1950s. Dow Elementary closed in 1993, but the building has since been used and renovated by the Multicultural Education and Counseling through the Arts, reclaiming the structure from its culturally tense past.

With a Master's in art history under her belt and a Master's in library science under way, Misha has turned her research interests to local and often overlooked histories. Houston Histories are written with the intention of preserving snippets Houston's history through its architecture and individual communities, and making stories of Houston's past available through unlikely venues. The Houston Histories zines hope to make history more readily accessible, neighborhood by neighborhood.